It started out with a bang – we started the year with a party and big fireworks at midnight. I was in a good place. I wasn’t starting the year wanting to lose weight for the first time in a long time. My career was hopefully progressing since this was my second year back in taxes, and I was hopeful that I would feel more secure and competent in my position.  I had recovered from my marathon in November and was ready to start training again.  I had won a free training plan from @DizRuns and was going to start training with him for the Colfax Marathon in May.  I had put together my vision board for the year, with my plan to focus on running 2 marathons this year. 2015 was looking to be a good year.

I ran the SweetHeart 10k in Fruita in February and placed 3rd in my age group – only prizes for the first 2 places, but still, very happy with my performance.  Sub 9 pace for that race. I was quite proud of myself. 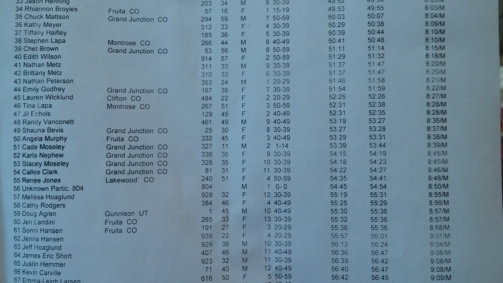 Wayne and I celebrated our 26th wedding anniversary on March 18 – complete with 26 roses delivered to my office.  Every year since we’ve been married – 1 rose for each year married. We were in a good place.  Marriage has its peaks and valleys and we were at a peak this year. We were so sappy with each other all day that day.  Sweet love texts back and forth all day and plans to have a nice dinner together. Our anniversary has always been OUR day – lots of hand holding and kisses and tears, as we celebrate our love and all that we have been through together. It was a great day.

Success in my work place no longer mattered, but I still went to work. Running became my therapy, not just my hobby and weight loss manager. But I knew that in spite of the loss and the hole in my chest – I was still a mom to Breanna and Chase and Chelsea.  I was still a wife to Wayne. I was still Angela and a runner. And so life continues…

I continued to train for the Colfax Marathon, and we traveled to Denver in May for me to run it.  Around mile 9 I started to have some pain down the side of my leg and eventually called it quits around mile 13.  DNF – Did Not Finish. 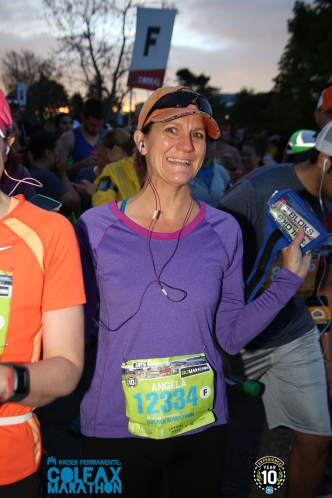 Waiting in my corral

I turned 46 in June and was quite surprised to arrive home from shopping with the girls to a houseful of people bearing gifts and birthday wishes.  Wayne managed to surprise me with a birthday party – food, drinks, dancing and hula hooping. It was a good day.

I ran the Children with Hope 10k in June and got my first age grouper award. I took first place in the 40-49 category with a time of 55:35. I had no idea that I was going to place and was just ecstatic when they called my name. 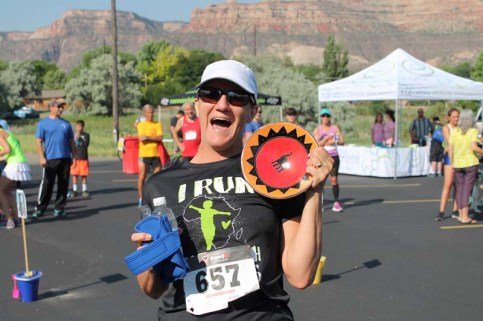 Breanna was home for the summer from school for the first time since she started college – this was good for all of us.  Her boyfriend, Adrian, came to live with her for most of the summer – which was also good for all of us. We got to do some hiking in Devil’s Canyon, and took a road trip over Lizard Head Pass to go to Mesa Verde and Four Corners, so I could meet with a long-lost room mate that I hadn’t seen since 1993. 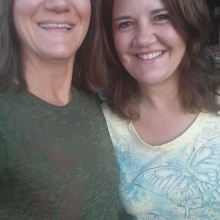 2015 had lots of firsts: I wore a bikini for the first time since I was 25. I grew watermelons in my garden. I cut my hair short – again. We got kittens for the first time in years. I crashed while trail running. I got to run with my sisters and made new running friends. I ran my first ultra, in spite of the fact that I couldn’t finish my 2nd marathon. I started a blog.

Me and Lisa, my office BFF

How about those melons?

2015 will always be the year that we lost Brice – but I know that it cannot be what defines me, what defines us. I’m not the only person on this planet to lose a loved one or have a bad year. 2015 has been by far the hardest and worst year I have had, and yet in so many ways it has been a good year.  And it’s okay to enjoy the good times, in spite of the bad.  I’m still making the most of my dash. 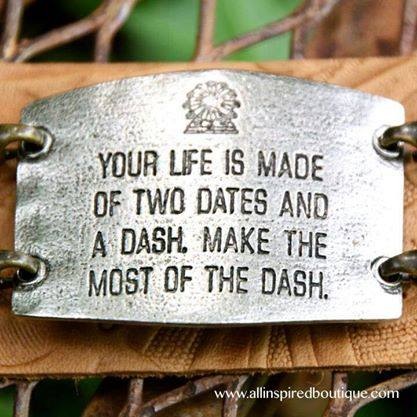 I am a wife. I am a mom. I am a runner. I love sunshine, watermelon and laughter. View all posts by angelmurf